What’s the difference between a Sunni and a Shia? What are Islam’s principle beliefs and practices? Is it really a religion of peace? What is Ramadan, and why do Muslims fast? Is there really a chapter in the Quran about Mary? Is it true that Islam recognizes Jesus, Adam, Noah, Moses and Abraham as prophets? … END_OF_DOCUMENT_TOKEN_TO_BE_REPLACED 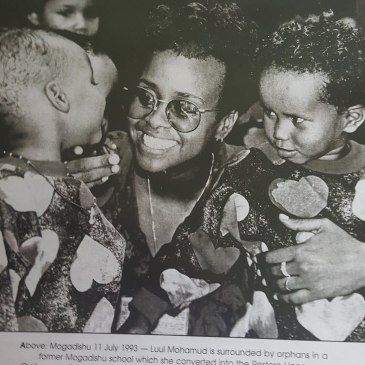 A scarlet, key-laden lanyard hung around Khadija Mohamud’s neck. The gold lettering was unmistakable: United States Marine Corps. My question obvious; her answer emotional. Khadija’s story quickly unfolded. “Two Marines were forgotten, left behind. I had to do what I had to do,” Khadija said recounting her unhesitatingly selfless call to action in saving two U.S. Marines in war torn … END_OF_DOCUMENT_TOKEN_TO_BE_REPLACED

Dr. Reza Mansoor is my friend. He is a friend to many. He opens paths. He clears paths. He is a stonecatcher.  I first met Reza several years ago while building Habitat for Humanity homes in Hartford. He was on the Muslim Coalition of Connecticut (MCCT) crew. The assembled construction crews were part of Hartford Habitat’s interfaith collaborations designed to … END_OF_DOCUMENT_TOKEN_TO_BE_REPLACED 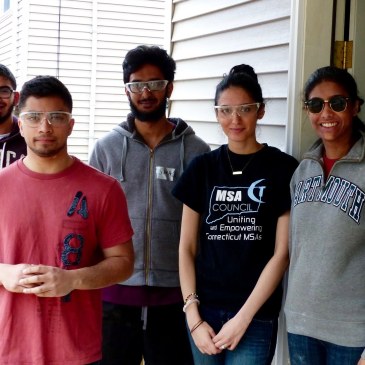 “Building Bridges in Community.” It’s the motto of the Muslim Coalition of Connecticut (MCCT). Nabeel, Sameer, Shaq, Nour and Faseeha, five young Muslim leaders and professionals on the rise, were living that motto last Saturday volunteering at a Habitat for Humanity home being built in Hartford. As a Hartford Habitat board member, I met with them briefly simply … END_OF_DOCUMENT_TOKEN_TO_BE_REPLACED

The Congregational Church in South Glastonbury‘s “Getting to Know Your Muslim Neighbors” program promises to be an excellent interfaith learning opportunity. Rev. Richard Allen and South Church have been on the vanguard of interfaith collaborations for years. I’ve seen first hand the good works of South Church and the Muslim Coalition of Connecticut through my … END_OF_DOCUMENT_TOKEN_TO_BE_REPLACED 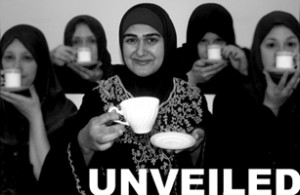 In Sacramento, Muslims, Interfaith Groups, and Habitat for Humanity of Greater Sacramento, standing together against cultural and religious intolerance, announced on January 20, 2016, a Build for Unity national challenge. This Build for Unity video captures the essence of the challenge. Sacramento’s Build for Unity project brings together members of the Muslim and interfaith communities to fund and build homes for two local families … END_OF_DOCUMENT_TOKEN_TO_BE_REPLACED

“Common Ground” is the headline of a story about  Hartford’s historic South End neighborhood embracing diversity — diversity of culture, diversity of religion. It’s about this long-time Italian-American neighborhood welcoming Bosnians who fled “a bloody civil war,” and who now, as Bosnian-Americans, are renovating their mosque, the Bosnian American Islamic Center. Take a moment to read Hartford Courant … END_OF_DOCUMENT_TOKEN_TO_BE_REPLACED 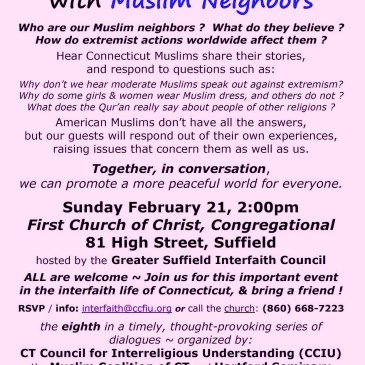 Hosted by the Greater Suffield Interfaith Council, this Conversation is an an excellent opportunity to learn more about our Muslim neighbors as they reach out to share their stories.  To RSVP and for more information, please email the CT Council for Interreligious Understanding, or call First Church of Christ, Congregational at (860) 668-7223. Don Shaw, Jr.Writer … END_OF_DOCUMENT_TOKEN_TO_BE_REPLACED

Early this morning at Dismal Brook Wildlife Preserve I encountered a Common Raccoon when we simultaneously spotted each other. It cautiously proceeded to a nearby tree to keep a curious eye on me, which allowed me to capture a couple of quick portraits.
In preparation for imminent fledging these House Wren nestlings are getting “beetle-juiced” with plenty of protein.
When checking for monarch butterfly eggs on milkweed leaves and you find a cluster of these eggs, you’re looking at Milkweed Tussock Moth eggs. The emerging larvae will feed ravenously in a herd, ultimately becoming caterpillars with colorful tufts of black, white, and orange hairs, which makes them look like “fuzzy bedroom slippers.” The adult moths are not as colorful, being mainly a soft gray. These larvae will leave the milkweeds and pupate in small, gray felted cocoons until next spring. While these moths are essential for ecological diversity, the larvae devour milkweed leaves at a rapid rate. If you want to remove them, do so with gloves. Touching their hairs may result in an uncomfortable rash. I hope to photograph the larvae as they emerge and grow.
A female Blue Dasher dragonfly perched on a tomato plant stake in our garden.
This morning I found this Azalea Sphinx moth larva feeding on an azalea leaf. It appears ready to pupate. The larvae of this species are found on Viburnum, Kalmia, and Azalea including many of the cultivated species. The Azalea sphinx is a large moth with a wingspan up to four inches. It is diurnal (active during the daytime). Adults take nectar from flowers with their long tongues, and prefer elongate, tube-like flowers. As such, these moths are pollinators, and provide an important service to the environment. Caterpillars will move to the base of their host plant and form a silken cocoon out of dead leaves. Caterpillars overwinter as pupae.
Finding my Sunday solace in a previously unpublished photo of this elegant Great Egret calmly wading in Salmon Brook.
Celebrate pollinator week! Honeybee sipping nectar and gathering pollen from a winterberry blossom. Common Winterberry is a North American native shrub. The bright red berries it produces are an extremely bird-friendly food source.
A Lance-leaf coreopsis blossom glowing in morning sunlight.